We have all seen in the news and on Smart Traveller that travelling to Palestine isn’t safe. That it’s riddled with violence and danger.

There is definitely a war occurring and I’m not going to get into the politics of that but when we started planning a trip to Israel, I wanted to see the birthplace of Jesus in Bethlehem.

As we began doing more and more research on how and where to travel, we saw Bethlehem was in Palestine/West Bank. Our car travel didn’t cover crossing the border due to the conflict occurring there so we decided to join a 1 day tour from Jerusalem.

Bethlehem is only about 30 minutes drive from Jerusalem. There is a border crossing but no passports were sighted.

On the tour, we learnt so much about how different cultural festivities are celebrated in unity. In the main square across from where it’s said Jesus was born, Christian, Orthodox and Armenian cultures are all celebrated leading up to Christmas.

Area A is said to be the most dangerous and advised not to go there. On the tour, they took us to the wall of area A. There were no guards, no weapons, no fighting and no sign of a war apart from the wall that divided the city. 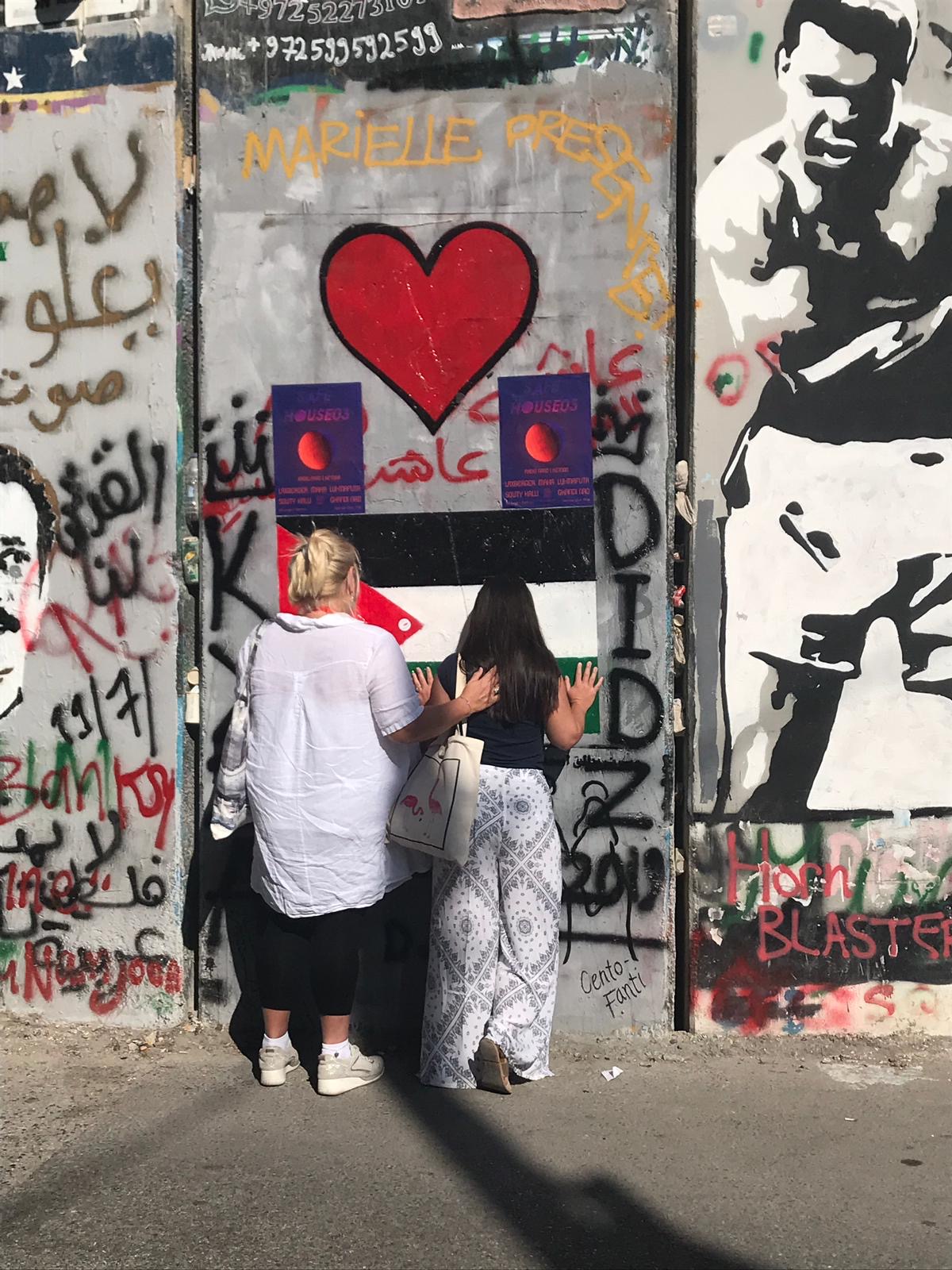 Similar to the Berlin Wall, you could feel the dense energy here. The sadness, the pain and the struggle.

The only difference between the Berlin Wall and this wall is that the Wall in Palestine is still standing.

I don’t know all the ins and outs of politics but seeing this wall dividing people was heartbreaking. Lynn and I sent so much love into the wall and prayed for peace.

Palestine was not what I expected. We were greeted with love and kindness, everyone was polite and respectful. Most importantly, I felt very safe being there.

I wanted to share my experience as I’m constantly questioning what we are shown in the media versus what is occurring in real life. My experience was very positive despite current political situations.